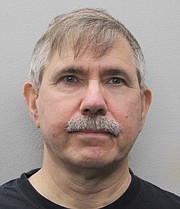 Fairfax County police have charged a former church-youth leader with sexually assaulting a juvenile and possessing child pornography. He is Thomas Weaver, 61, of Fairfax.

Detectives from the Major Crimes Bureau’s Child Abuse Squad were notified in June by a family member of the juvenile that the alleged victim was sexually assaulted. The relative said the perpetrator was a member of St. Matthews United Methodist Church in Annandale.

Detectives determined that Weaver joined that church in 2001 and had periodically been a leader in youth activities but had not held that position since 2020. However, say police, “On multiple occasions since 2020, Weaver [reportedly] coerced the victim to meet him in a secluded area in Annandale. Once there, Weaver [allegedly] sexually assaulted the victim.”

Last Wednesday, July 20, detectives executed a search warrant at Weaver’s home and seized numerous images of child pornography. They then arrested Weaver and charged him with 20 counts of possession of child pornography and five counts of taking indecent liberties of a minor by a custodian. He was held in the Adult Detention Center without bond and has a Sept. 22 court date.

According to police, the church also notified Fairfax County Child Protective Services with concerns about Weaver and has been cooperating fully with police. Furthermore, detectives believe there may be additional [alleged] victims, since Weaver possibly worked as a youth leader at other churches in the past.

Police are asking anyone with information about this case or who believe Weaver had inappropriate contact with them or their child to call the Major Crimes Bureau at 703-246-7800, option 3. Tips may also be submitted anonymously through Crime Solvers by calling 1-866-411-TIPS (866-411-8477).