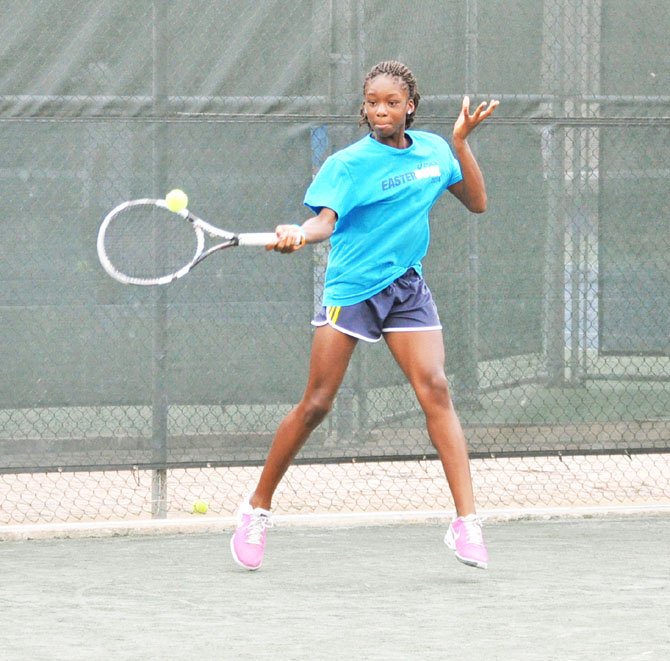 Chidimma Okpara perfects her forehand while practicing at one of Four Seasons Tennis Club’s four clay tennis courts. Okpara started playing in London, England at age 6 and won her first tournament at age 10. She moved to this area at age 11 and has been training at Four Seasons ever since.

This small girl is really doing great in this sport and has already in this small age she has become star. I have read about this girl from a news article which was posted in https://www.assignmentgeek.com.au/">assignment help au blog at when she is 8 years old. For than I am continuously coming across this girl whenever there is any tennis tournaments are going on.