Black Interior Designers on Industry’s Lack of Inclusion and Diversity

Local tastemakers speak honestly about racial barriers within the profession. 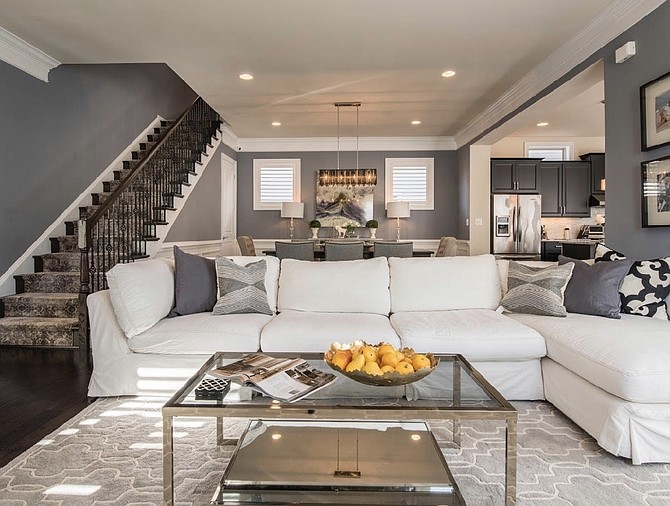 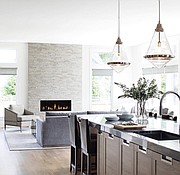 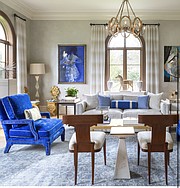 Education can help level the playing field for designers of color, says interior designer Lorna Gross-Bryant, who used bold blue chairs and original art to create this airy room in a Potomac home. 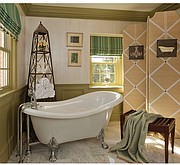 This master bathroom was designed by Sheryl McLean of McLean & Tircuit, who says that there are few African American interior designers in the Washington region.

As recent racial injustice protests have brought issues of diversity and inclusion to the forefront of the nation’s consciousness, local interior designers of color are voicing concerns about equity and underrepresentation within the industry. Four tastemakers from around the region share their experiences with systemic racism in the industry, the issues that make achieving success more difficult for black designers than their white counterparts and strategies for improvement.

“The prejudices in the design industry are very, very deep,” said interior designer Sheryl McLean of McLean & Tircuit in Bethesda. “I don’t let it hold me back, but I have to acknowledge that it’s there. I often wonder if people think that I’m going to design a bedroom and use a dashiki bedspread.”

The dearth of African American designers in the region often makes them an anomaly at trade shows and other professional events. “I’ve been in situations where I’m the only black person in a room or on site and no one wants to talk to me,” said Quintece Hill-Mattauszek of Studio Q Designs in Alexandria, Va.

This unfamiliarity can lead to reactions that range from blank stares to awkward conversations with their white counterparts. “You can see how uncomfortable and standoffish some designers are,” says McLean. “They don’t know what to say because they’re afraid they might say something wrong, but they automatically assume that you’re not on their level.”

In the hyper-competitive environment of interior design, relationships and social connections often supersede talent. Some designers of color find these relationships difficult to cultivate and consequently their work is overlooked.

“I think that this is definitely true in the Washington area. It’s like a sorority girls club in a way,” said Jeanne Griffin of Jeanne Griffin Interior Design in Alexandria.

“There’s a network of designers who belong to the same country clubs and have parents who know influential people who can help grow their business. I didn’t have anyone helping me.”

“Many black designers didn't go to school with, don't worship with, or don't live in the same neighborhood as the decision makers,” added Lorna Gross-Bryant of Lorna Gross Interior Design in Bethesda, Maryland. “For example, a show house board might say they didn't select a designer to participate because they ‘don't know them.’ "

Despite their attempts to assimilate and overcome barriers within the industry, designers of color are often received with wariness and misconceptions. When Griffin casually inquired about the lack of diversity at a design event, her questions were met with perplexity. “I was told, ‘I'm not a racist. I just don’t know any black people.”

The social dynamic in the Washington region, says Hill-Mattauszek feeds this systemic exclusion. “D.C. is defined by groups and if you’re not in a certain group it’s harder to be successful,” she said. “For the longest time if you went to trade shows you’d hardly ever see any African American designers on a panel.”

A lack of coverage by national design publications limits widespread visibility of their work, says McLean. “Mainstream magazines haven’t felt the need to feature African American artists or our contributions,” she said. “They’re calling now and asking for quotes as a result of the Black Lives Matter movement, and that’s great, but where have they been for the last 20 years? Not getting coverage hurts us.”

Organizations like Black Artists + Designers Guild (BADG) and Black Interior Designers Network (BIDN), both of which McLean and Gross are members, have helped raise the profile of designers of color. “A lot of African American designers are also making their voices heard through social media,” said Hill-Mattauszek. “There’s been a change, but for a long time it was a struggle.”

As the industry works toward creating a diverse and inclusive climate, designers say that forced efforts and tokenism can create an even wider chasm. They’re not looking for special treatment, just equal treatment, says McLean. “When selecting designers for a show house, instead of choosing 20 designers and deciding to make sure that two of them are black, why not select 22 designers who are chosen on the merit of their work?” she asks.

The industry’s evaluation of its nearly homogenous make-up requires introspection and a shift in mindset, suggests Griffin. “Are majority white firms brave enough to put the work into diversifying their staff?” she asks. “Are people brave enough to be able to hire someone of a different race?”

As part of confronting obstacles, becoming game changers, and holding industry leaders accountable for diversity and inclusion, designers of color are turning to self-empowerment. “If we want to see more diversity, it’s our responsibility to reach out to younger designers to help them gain the experience,” said Griffin.

Creating a new generation of up-and-coming interior designers who are driven and unafraid to push creative and social boundaries requires mentorship, education and confidence. “My advice to aspiring African American designers is to always strive for excellence,” said Gross. “There is no substitute for hard work. This is what my parents instilled in me and I think the philosophy still holds true. And establishing a great network is critical.”

While talent is essential to working in the industry, established Black designers say that the ability to create aesthetically appealing spaces is not enough. “As black designers, we always have to be better, being equal is not allowed,” said Griffin. “For Blacks, being equally qualified is seen as being behind. We have to be 200% better to be seen as equal.”

Established designers are paving the way for new talent and believe that education can offer that equanimity. Gross, Griffin, Hill-Mattauszek and McLean have graduate degrees and multiple certifications in design, and encourage those who want to join the industry to do the same.

“During my career, I've tried to balance the playing field by pursuing as many degrees and certifications as possible to alleviate any concern about my ability to execute a project at a high-level,” said Gross. “I have been fortunate to have a healthy number of clientele who seek my work.”

“The more education you have, the more opportunities you will have,” added Griffin. “I also encourage students of color to take any opportunity to travel abroad. It builds so much self-confidence.”