Fairfax Skaters Made the Cut for the 2022 Olympic Games
Votes

Fairfax Skaters Made the Cut for the 2022 Olympic Games

While the world is watching the athletes from all walks of life compete in China, Fairfax County has a stake in the games as two county athletes are part of the games, representing the United States on the rink.

Maame Biney, a South Lakes High graduate, is strapping on the speed skates while Ilia Malinin, a Marshall High School junior, has the figure skates in hand, waiting for the call. 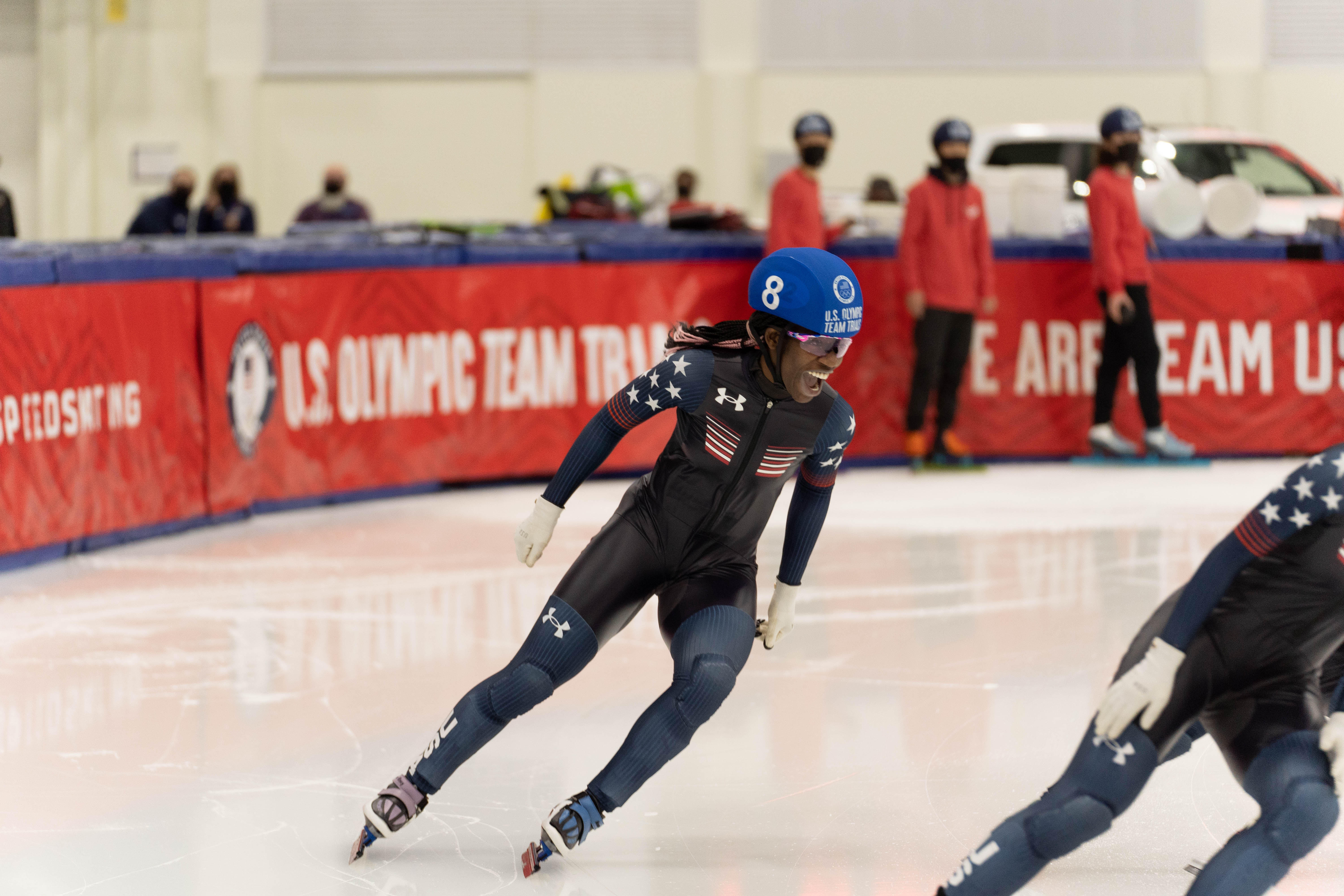 For Biney, this is her second trip to the Winter Olympics. In 2018, she represented the United States at the competition in Pyeongchang, South Korea where she was part of the short track speed skating team. In 2018, her best finish was 14th place in the short track 500m, according to the Olympics site.

In 2018, she was still at South Lakes and South Lakes Principal Kim Retzer says the school community is just as eager to cheer Maame on during this year’s Olympics.

“There was so much excitement as our whole school cheered for Maame on her journey to and at the 2018 Olympics,” Retzer says. “Once again, the South Lakes pyramid, where she grew up, can’t wait to cheer her on again in the coming weeks,“ Retzer said.

She was only 18 at her first Olympics in PyeongChang. She was the youngest skater and first Black woman to make a U.S. Olympic Short Track Speed Skating Team. When she returns to the U.S. later this month, she’ll return to the University of Utah where she is a full-time student.

Biney came from Accra, Ghana, and first saw the skating rink in Fairfax driving by with her family. After that, it was many days and nights of practice, and now she’s in China. According to an online Olympics report on Monday, neither of the United States’ two skaters made it out of the quarterfinals of the women's 500 meters. Biney came in third in the second heat with a time of 46.009 and teammate Kristen Santos was penalized in the fourth quarterfinal as she fell and took an opposing skater with her into the wall. 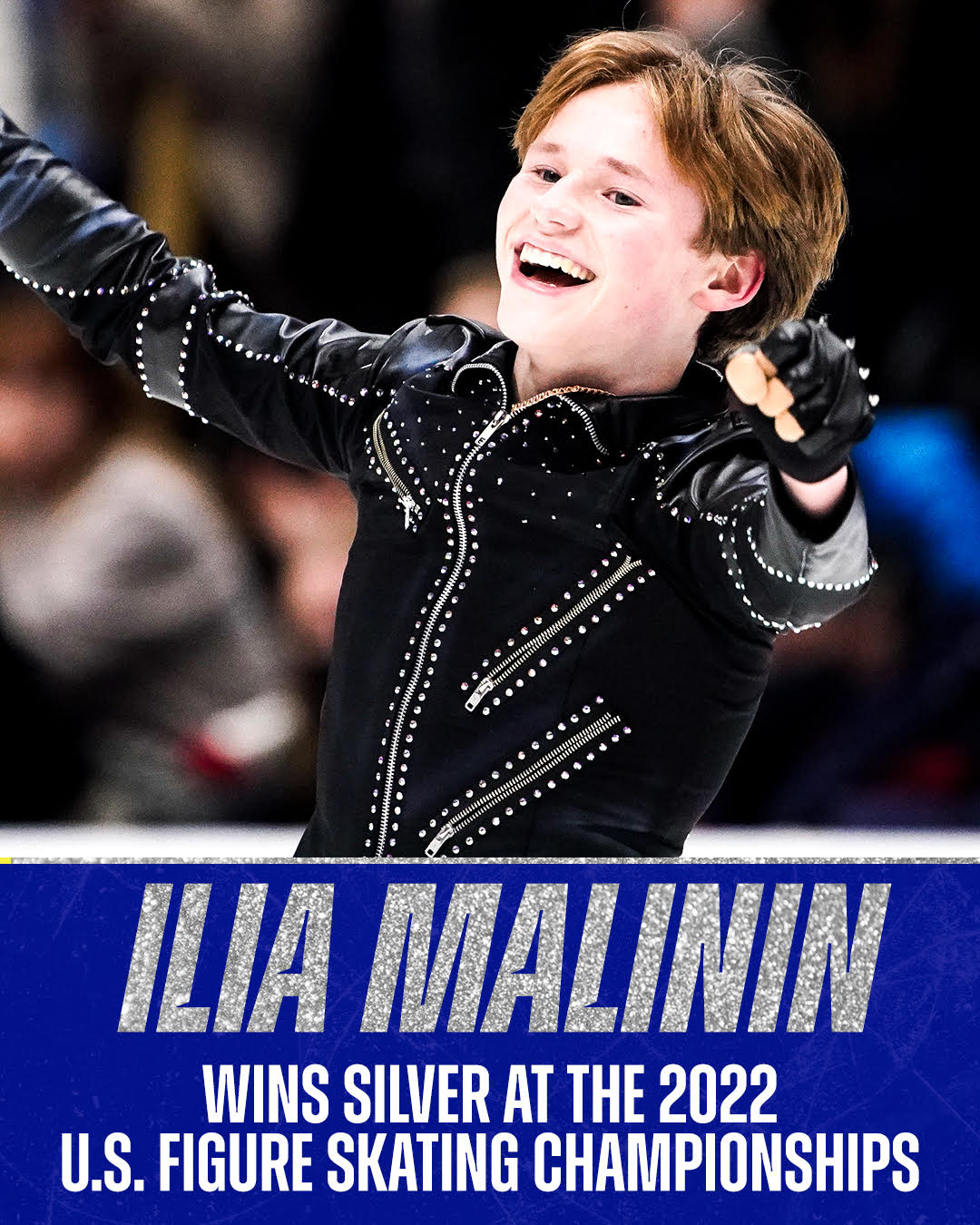 Ilia Malinin Wins Silver Medal at U.S. Figure Skating Championship earlier, and is now a stand-by for the Olympics.
Church, finished second this year at the U.S. Nationals Men’s Figure Skating Championship, and is an alternate for the sport in the Beijing competition. As Covid-19 changes the roster every day, he’s waiting for his chance, and early on, team member Vincent Zhou did test positive, so it does happen.

“As an alternate this year, anyone at any time could test positive, so you just have to be ready to go,” Ilia said.

Not only is Ilia on-hold for the Olympic schedule because of COVID-19, it also affected the past few years of Ilia’s training as well. Initially he had more time to focus on skating when schools were shuttered or operating on limited, virtual schedules, but that also meant the ice rinks were closed as well, making practice difficult.

“I tried to be creative, do off-ice practice and preparation at an empty outdoor tennis court near my house where I would work on things like jumps in my sneakers,” Ilia said. “I’d go there because at least practicing jumps in that big open space helped me get the feel of doing tricks. My main goal then was to keep cardio workouts up so my body stayed used to it.”

His schedule was still out of whack when in-person school resumed, due to the demands of training.

Having an Olympian in the student body was a big deal to school officials in Falls Church.

“Marshall High School could not be more excited and proud of IIia’s accomplishment at the U.S Nationals and his alternate status on the US Olympic Team,” said Joe Swarm, Director of Student Activities at Marshall High School. “It is an unbelievable achievement and we are so proud as a community that a Marshall Statesmen achieved such an honor.”

When they return later this month, the Connection will reach out to the local Olympians.